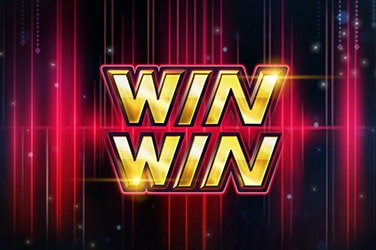 ELK studios bring us Win-Win – and to us, the name suggests that it must be an excellent addition to their collection of classic series.

Let’s see if the slot lives up to expectations.

Win-Win features three reels and 17 paylines. It is visually quite simple but has a good feel, with symbols including melons, lemons, cherries, different coloured 7s, and many other classic casino symbols that will always hold a place in our hearts.

The most valuable symbol – and the one should be hoping to see – is the red 7. If you’re lucky enough to land three of these, your stake will be multiplied by 15.

This game doesn’t lack a wild symbol, and like in any classic slot, this can substitute for any of the other symbols. In this case, the wild comes in the form of a diamond.

You should also look out for the Win symbol, which can appear on either the first or third reel. You’ll only notice these on the central payline. A single Win symbol on either of these reels will see you win the special paylines other two symbols. You’ll receive a x10 multiplier to the paylines middle symbol if you get the Win on both reels. One of the potential symbols – the 777 – will multiply your stake by 500 times.

If the Win symbol doesn’t provide enough excitement, you may be tempted by the potential Locked Reels Respins feature, which is unlocked when identical symbols appear on the first and third reels. It works by locking in these two symbols, so it is only the middle reel that is spinning, dramatically increasing your chance of getting a winning combination. If the two locked-in symbols plus the middle one happens to be bonus symbols, you will unlock the Bonus Game feature.

You’ll be awarded a random multiplier, increasing your stake by up to 10 times. Every win then increases this multiplier by one, and every non-win lowers it back down – sounds exciting, right? As the name suggests, this game wants to help you win, so the bonus symbols can also change to wilds when the free spins are being played.

If we do some calculations…landing a Win symbol during the free spin with the 777 symbols on the middle reel, you’ll increase your stake by x500. If you then won the 10x multiplier from the Bonus Game, there’s the potential to multiply your stake by 5,000 times!

Win Win’s betting range is extensive, making it suitable for big-betters and those who are only looking to bet small. You can place a bet anywhere between $0.2 and $100. If you’re a big risk-taker, you could bet $100 and manage to win the x5,000 multiplier, leaving you with some healthy winnings.

The RTP is set at 96.1%, which is relatively standard for this kind of slot, but many of the alternatives don’t tend to offer such significant win potential.

Win Win is simple to understand, making it ideal for beginners yet highly effective, and will keep avid gamers entertained. The potential payout of 5,000x your stake is extremely attractive to all players, and its fast-paced nature makes it intense and exciting – Win Win!

If you think you might be able to win win on another slot, then you should try King of Charms, Christmas Cash Pots, Neon Pyramid or The Grand Galore.