Home » Microgaming » Who wants to be a Millionaire

Who Wants to be a Millionaire Slot 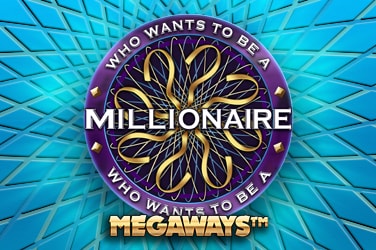 Who Wants to be a Millionaire is a Megaways slot by Big Time Gaming, produced to mimic the popular UK/US game show.

It’s a Megaways slot, which means there are 117,649 ways to win, and it also features the top-rated cascading reels mechanic, which means that when winning combos land on the reels, those symbols disappear new ones fall into place. Players can win significant amounts from one single spin with the help of this feature.

Who Wants to be a Millionaire does an excellent job of reflecting the design and atmosphere of the show, with the TV music playing in the background as the reels spin, adding suspense to every moment. As a Megaways slot, all players have to do to win is line up matching symbols on adjacent reels, which means wins come in pretty often. Most of the game’s symbols are relatively generic gems and playing card symbols, with the highest paying primary symbol in the game being a purple gem, which pays up to 50x the stake for six adjacent symbols. Red gems pay up to 7.5x, while blue and green gems are just 2x the bet for six.

Who Wants to be a Millionaire is jam-packed with features. On top of cascading reels and an extra reel on all spins, a great Free Spins feature also triggers when players land three or more Scatters on the reels. The feature will unlock eight free spins with a win multiplier which increases after every reaction, so consecutive wins can lead to some vast payouts during this bonus mode. Free Spins also starts the Hot Seat Free Spins Gamble, where players can gamble how many free spins they’ve won to move up or down a ladder and walk away when they choose to. Lifelines from the TV show, including Phone a Friend and Ask the Audience, can also be used during this feature. It’s just a juiced-up Free Spins round, but the attention to detail made this slot feel like the game show is impressive.

Who Wants to be a Millionaire offers an average RTP of 96.24%, which is about average or a little above for a slot of this kind. The percentage means that for every $100 that players spend on the reels, they can expect to win back around $96.24. It’s a highly volatile slot, though, so players should be prepared to spin for a while before making back their money on this game.

Who Wants to be a Millionaire is an excellent example of how immersive slots can be when the theme and the mechanics are well put together. Big Time Gaming has spent time and effort designing a game that mimics the suspense and format of the TV show and smoothly translated it into a fun slot with a good RTP. This slot comes highly recommended.

If you’re a fan of slots, you might also like other titles on Casino NZ, including, Mystic Dreams, Playboy, Romanov Riches and Wild Catch.