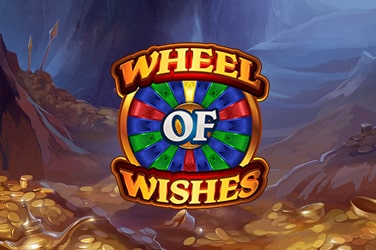 We’re heading for the mysterious shifting sands of the Arabian desert in this slot game, hoping to find a legendary treasure among the magic and mystery. There are plenty of wonders to behold in this well designed, good looking game, as well as some interesting bonus rounds where there is a lot of money to be won.

Watch out too for the unbelievable two million credit jackpot, which can change your life in an instant. Can you find the money among all the magical items and mysterious symbols, or will you end up in quicksand? Let’s take a look!

It’s not often we head to Arabia in slots games, but this isn’t the land of gold plated Mercedes and oil tycoons. It’s a land of magic and mystery, where treasure awaits beneath the treacherous sand. Wheel of Wishes is a clean, well-designed slot with a great soundtrack that does an excellent job of evoking that mysterious Middle Eastern vibe, catapulting you back to ancient times. You’re on the hunt for magical objects, from amulets and potions to spell tomes and even a genie lamp, all of which are high resolution and colourful enough that they’re a joy to behold on their own.

While the lower value symbols are a bit disappointing – the standard card suits and a dull pink blob – they’re more than made up for by the richly decorated high-value symbols. The game’s creator, Microgaming, has a strong track record in well-designed slots like this, and you also benefit from their amazing jackpots which we’ll look into later. Past the gorgeous design, though, this is a fairly simple slot with 5 reels and 10 paylines as well as minimum bets of 0.25 credits and maximums of 10. The overall RTP is 93.34%.

This game has a pretty powerful Wild symbol, represented by a wild logo, which can grant you 50 times your stake if you land five and can complete other combinations for you. The scatter is represented by an ornate shield, and landing five of those beauties can net you 500 times your stake, while two or more automatically activates the Power Spin feature. During this bonus round, the middle three reels become one giant reel, while reels 1 and 5 display a randomly selected high-value symbol. This allows you to land a series of high-value combos, as well as the potential to activate the Wheel of Wishes round by landing a bonus wheel symbol. This round then spins a wheel of fortune style game, which allows you to win between 10 credits and the progressive jackpot of 2 million credits. A truly staggering figure.

Wheel of Wishes looks and sounds great, and it’s got some interesting bonus rounds that you’ll have fun playing. While the main game isn’t particularly lucrative, and the RTP is fairly low, few other games can boast access to the amazing Microgaming progressive jackpot of 2 million credits it shares with Mega Moolah – it’s worth playing for this alone.