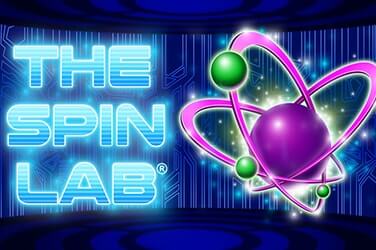 Playing pokies is definitely more of an art than a science, and there’s far more wishing and hoping going on than rigorous testing and repeatable results. But wouldn’t it be nice if there were some formula for winning big on the slots? Thankfully, NextGen Gaming is working on it! Journey to The Spin Lab, where cutting edge technology is paired with out of this world prizes to create an awesome slot experience! But will you discover the secret formula to riches, or is your research going down a dead end? Let’s take a look in our The Spin Lab slot game review.

Welcome to the future! Or at least, something that looks like the future, because interfaces don’t come more high-tech looking than The Spin Lab. The background to this slot is a maze of blue tinted circuitry on a big screen that looks a bit like a Star Trek transporter pad, while the symbols themselves are all DNA sequences, molecular structures, atoms and high tech looking cubes of circuits. The low value symbols are the standard 9 – A, but given a futuristic looking honeycomb paint job. On top of these great visuals are some cool sound effects and a futuristic soundtrack, so it really feels like you’re messing with a powerful computer.

There’s nothing futuristic about the layout of The Spin Lab, which has a traditional three rows and five reels with 25 pay lines, on which you can bet a maximum of £/$/€80 per spin. Nothing too exciting there then, but on the plus side the prizes are nice and generous, topping out at 800x your stake for the cyborg cube and 600x your stake for the purple molecular structure. The RTP is slightly below average at 95.8%, and that’s all fine, but there’s not much exciting going on so far, so where does the fun begin?

Never fear! The Spin Lab slot game comes with a hatful of bonus features, so there’s plenty for you to sink your teeth into beyond the main game. And what would any decent science experiment be without some variables? Land three of the scatter symbols and you’re allowed to construct your own bonus round, picking from three baskets of features to make a bonus round all of your own! There are three in each basket, including such things as stacked wilds, all high value symbols being the same, and five extra spins, so you can decide which features you like best and only play with those! You then get five free spins with your custom feature, so you can win as much as you’re able.

There’s even a gamble feature to play after every win, allowing you to gamble your winnings on the colour of the next card drawn, double or nothing.

Why pick from a load of boring bonuses when you can make your own? The Spin Lab is a pokie that understands you want as much choice as possible, as well as great prizes and a great theme. Truly the slot of the future!