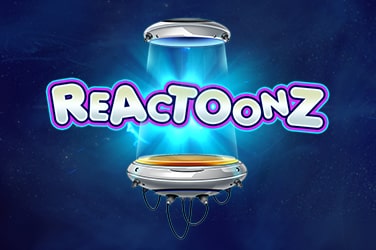 Having been involved with the design of online slots games since 2005, Play N’ Go do not have to prove themselves capable of delivering slots games of a high standard, and one of their latest editions is Reactoonz.

This game is an alien-themed slots game that is colourful and has a cartoonish feel that helps give it the sense of a retro-style 1980s video game.

The first thing you notice about this game is the enormous playing area. Where most online video slots games come with five reels and 3,4, or 5 rows, Reactoonz gives you seven reels across seven rows. This game also offers plenty of bonus games, so there is much to appeal to both the casual and experienced slot gamer.

A range of colourful alien critters represents the symbols, and as you gain wins, the symbols will be collected until you trigger any of the five bonus games. These games are called, Alteration, Implosion, Incision, Gargantoon, and Demolition.

This game comes with convenient features such as a Max Bet button and an Auto Spins feature, which help to speed up the gameplay.

Cascade wins are achieved when you land winning combos either vertically or horizontally with at least five identical symbols. Those symbols are then replaced with other ones, and the cascade will continue.

The bonus games are collectively known as Quantum Leaps, and for every win, you land, the Quantum Leap meter will increase by 1.

The Implosion bonus game will turn three to six symbols into Wild symbols, and it will also remove all symbols adjacent to them and replace them with new ones.

The Demolition bonus feature will remove all one-eyed aliens, whilst Incision will put a Wild symbol into the centre cell of the grid and then make two diagonal lines that will intersect whilst displaying identical symbols.

Alteration, meanwhile, will see the game randomly select a specific one-eyed alien symbol and replace all symbols of that type with another symbol.

Gargantoon is the most sought-after bonus feature, and when it activates, it will form a 3×3 grid of Wilds, but with every subsequent cascade, it will divide and move—for example, becoming two 2×2 Wild grids or appearing as nine standard Wilds. Gargantoon can also trigger an additional feature known as Instability. This will add 4 to 8 Wild symbols on the reels after each non-winning spin.

As you can tell, this is a departure from the standard online slots game, and there are no free spins to be found here, but you could still land some big wins once one of the bonus games has been triggered. So, if you are looking for a game that is different from the standard fare, then Reactoonz is the game for you.

If you’re a fan of this slot, you may also be interested in playing other titles from Play ‘N’ Go, including Energoonz, Sweet Alchemy and Fruit Bonanza.

If you’re looking to play something that’s a firm favourite with slot fans, then step into the world of Gonzo.