Home » Netent » Pirate from the East 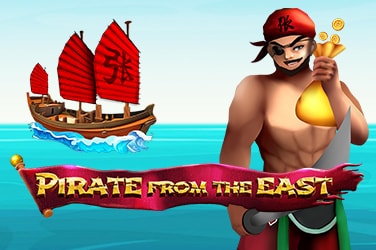 Buccaneering adventures are usually at the Americas, and this is refreshing change to try out being a Japanese pirate thriving on imperial shipping in South China sea. You take mantle of one of those pirates who thrived when Johnny Depp was gallivanting around Caribbean Sea but will you be king or destined for locker? Let’s see what our Pirate from East slot game review says about it!

NetEnt’s newest pirate-themed slot is a hit with players in the Asian markets. The design has manga-influenced artwork, which distinguishes it from other games of its type and leaves no doubt that NetEnt had Asia firmly in their sights when they created this game! Players can enjoy the detail that has put into this game that is available on both desktop and mobile devices.

Pirate themed slots are an interesting choice for players who want to live out their pirate fantasies. The animations and background clearly depict a tropical island with the low-value symbols being 9 -A, while high value symbols have been given more detail including compasses, guns/cutlasses, treasure chests (map), coins(gold) and glasses of sake instead of rum bottles on the reels.

In this game, you’ll be able to fill your pockets with some real treasure. The betting limits may not be the greatest but look at what’s possible- 2000x stake on just one spin! An RTP of 96.38% is higher than an average which can allow players to gain good value from this game. That means that it pays out more often and of course has better odds for players like us who love games filled with drama and surprises.

The male and female pirates in the Pirate from the East game act as wilds, with the female pirate paying her weight in gold. She pays more every time she lands on a reel- up to 100x your stake if you’re lucky! She also acts as a scatter so that when three or more appear at once after spinning, there’ll be free spins galore for anyone who gets it.

The more scatters you get the better your chance to win big time! The number of spins is revealed by clicking on one of the scattered icons and then choosing a multiplier. It’s important to play with different multipliers because each multiply range has its own set of payout amounts, so it pays off in this game for variety sake as well as just making all those coins go further. With a maximum of 28 spins in play, you can have up to 6x multiplier if you are lucky.

A pirate from the East? So much more than a traditional slot favourite. These graphics and animations are top notch, not to mention that it’s fun seeing an Asian twist on pirates! We also really like the bonus round with its pick-and-win system – you get rewarded for your skills as well as luck.