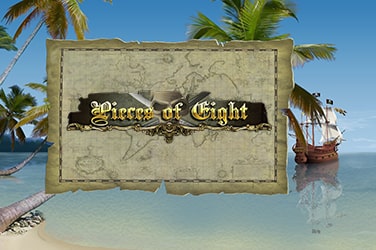 Ahoy, matey! We’re going back to the golden age of piracy with this slot machine. You can expect all your favourite pirate clichés as you sail across the high seas. This one doesn’t look pretty, but since when did Pirates care about that?

Genii does an excellent job of setting the tone with this slot, making you feel like a pirate! The symbols have nautical themes and change as time progresses. It would be nice to see better rendering on these graphics but it’s understandable that they want to keep their game looking classic-style rather than modern in order for those who loved playing slots back then enjoy them now too!

There’s treasure here! This game has designs for both high and low value symbols from Cutlasses, pistols and ships wheels to a pirate crew. You could win up to 10,000x your bet on the reels if you find more than five Pirate Wild symbols in a row. There are also great high-value graphics like skull and crossbones flag or parrot images that pay out big too – just be sure not get caught by one of those pesky cannonballs while searching for buried gold because they’ll make it all disappear!

A pirate inspired soundtrack plays in the background while many of the symbols also have their own sound effects when combos are landed which is a nice touch. The RTP of this game is 94.9% which is right down the middle and combine this with a fairly low betting limit this is probably best suited to those players who are a bit more risk averse.

With a scatter in the form of cannons, landing three of these on the reels will open up free spins to really rack those points. You’ll get 30 off-the-bat but no multiplier keeps this less lucrative than other games. It is possible for your free spin feature to re-trigger and so there is the potential to really rack up those free spins.

There is a free spins round in this game that hides another bonus and can be triggered by landing three chest symbols. Upon accepting the bonus you are transported to an island beach where there are five chests lined up before you, the game itself is simple enough: Pick one of them and hope to find some cash inside it!

This is a great slot game for those who love pirates and treasure. Players will enjoy the historical references, and with symbols that pay generously with re-triggerable re-spins for a chance at more prizes you will have opportunities for wins. The graphics are old but that doesn’t stop this pirate from coming back time after time in search of buried loot.