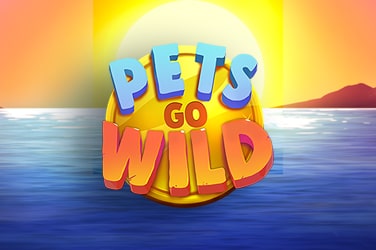 It’s not every day you get to save animals and earn some loot along the way. Pets Go Wild is a one-of-a-kind slot made for animal lovers who also happen to be skilful gamers, with an innovative story mode that changes your perspective on slots as we know them. So if you like games where good always wins over evil then look no further than Pets Go Wild!

After you get your head around the game, it turns out to be a lot of fun. In each stage, there is different shape for the reels but in all stages you need three or more blocks with same symbol and click them until they disappear from that location on reel. The blocks can go up-down even left-right as long as their neighbouring ones create 3+ block match at once!

A block building game where you must arrange the blocks to create animal combos. In this game the animals are Dogs, Cats, Birds, Fish and Rabbits. You can stack three high with their symbol on them, and if they match up (in order), then more points will be scored for that combo. The animals also have an experience bar which fills up as we remove these choices from the board–each time it hits max level, a multiplier is added to our score! It’s important too not only focus on creating one large bonus though; cascading reels replace any lost pieces by dropping new ones onto your screen so make sure each click counts in this puzzle-like slot machine game.

You can’t just spin to win in this game. Instead, you must match blocks and add experience points to your characters: increasing the prize kitty with every successful round while building multipliers for each block that is matched. This continues until there are no more matches possible; at which point you’re rewarded based on how much of a multiplier you managed to build during these rounds! The XP gained from matching different colours throughout the game will also be added up and accumulated as total XP–which unlock new stages when enough has been collected! The RTP of this game is a little on the low side at 95%, however, the innovative mini games and multipliers more than make up for this.

Pet’s Circus is a daring game where you and your pets will blast off from the cannon, soaring high into space for higher multipliers. The moon adventure level has your pet running through mazes in order to chain together wins while avoiding ghosts that want to scare them away! And if you’re feeling brave enough there are also some mysterious doors with even more prizes! You can also win 1000x your stake by collecting seven lucky stars.

The Pets Go Wild slots game offers up something totally different with its unique theme. Some players may find it too much of stretch when compared against traditional games because they’re more accustomed to spinning reels but newcomers or those who want some variety should give this a go.