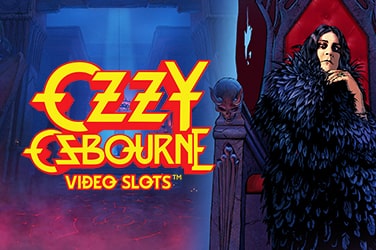 There can’t be many more famous names in the annals of heavy metal and rock music than Ozzy Osbourne. From the pioneering music of Black Sabbath to his successful solo career, the original Prince of Darkness is a true legend.

It is therefore very exciting to see a slot which bears his name and is based on a raucous rock theme. Players in New Zealand are sure to love the intense action and in your face gameplay this video slot offers.

The team behind it are NetEnt who are themselves true pioneers in the field of iGaming. Responsible for popular slots like Starburst, this Swedish provider has been creating top games since the late 1990s. This is not their first foray into music-themed games either. Keen slot players in New Zealand will know NetEnt were the people behind heavy rocking titles like Guns N Roses and the Jimi Hendrix online slot. But what does Ozzy deliver to gaming fans with this release?

Naturally, this is a game which will appeal to fans of Ozzy a lot. But it also packs in a lot of cool features to attract other players too. Visually, it looks as good as any slot NetEnt have created before – which is pretty darn good! There is also some really cool original music and footage featured in the game to make it more engaging. The atmosphere is also set nicely by game symbols which include Ozzy himself, skulls and ravens. The base game comes with a 3 row, 5 reel, 20 payline set-up and sees players trying to match up winning combinations on the same payline. In terms of RTP, it is up there with some of the best video slots at 96.67%. NetEnt have made this a medium variance game which means you should get fairly frequent payouts for good amounts. This video slot is available to play on mobile and desktop.

Although the lack of any progressive jackpot is a bit disappointing, the bonus features more than make up for this. The Devil Bat symbol is the games Wild and can help bring about more wins for example. But what other bonuses are there? As with most slots the Scatter symbol is worth looking out for. If 2 land on reels 1, 3 or 5 then the re-spin round is triggered. If 3 Scatters land on these reels, then you get taken into the Free Spin bonus. While these are decent bonuses, it is the Charge Up feature which most players will love. When in the re-spin or Free Spin rounds, this bonus will trigger and a spinner symbol will appear in the top left of the screen. Another feature box will also show up in the upper right section of your screen. These spin to show what bonus will be applied to your next spin as below:

If you are looking for a hard-rocking slot to play in New Zealand which has a good bonus selection, this is a great option.

There is no doubt that this is a frantic, loud and fun slot with plenty of action-packed gameplay. This gets even better if you enable the Bonus Bet feature to double your stakes and increase your chances of winning on every spin. If you are a fan of the Ozmeister himself or rock/heavy metal music in general, you will have a blast. Sign-up for an account with CasinoNZ.com today and give it a try.