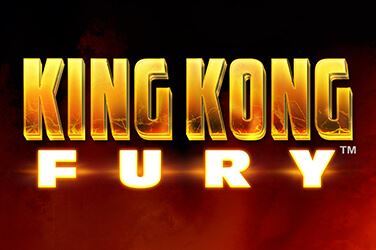 King Kong is an original movie monster icon, and that scene of him swinging from the Empire State Building is known the whole world over. With a cult fanbase it is no wonder King Kong makes an appearance in slot games every so often.

This classic story is brought back to life in King Kong Fury with excellent visuals and great sound design along with fun mechanics. This NextGen slot separates the kings of the jungle from their prey. Keep reading to give yourself the best chance of coming out on top.

For those that are unaware of King Kong’s story our protagonist rules Skull Island, thought there are other monsters that try to overthrow him. These include giant cats, dinosaurs and even native tribes, all of these turn up in the King Kong Fury slot. A lot of effort has gone into bringing this story to life, with the dense jungle of Skull island depicted behind the reel. The high-value symbols are excellently drawn and rendered include beats like the T-Rex and giant mosquitoes. To complement the visual action on screen, this slot game includes many brilliant sound effects and animations that all serve to really bring it alive. The creature’s roar will keep you glued as he battles against his enemies, a true cinematic experience.

The game mechanics of this slot are a perfect match for its bombastic theme. For starters, there’s an extra row to play within the four-row and five-reel slot that has 50 pay lines attached. You’ll be searching for big wins in no time at all with these features! The sky-high betting limit of £/$/€500 and 96.7% RTP means you have the chance to make a lot of cash with just a couple of lucky spin’s.

Alongside the regular symbols in this game you’ve also got some random bonuses before you even get into the separate bonus round, called Lightning Reels and Kong’s Call. The first bonus selects a premium symbol at random in a flash of lightning adding as many as 15 instances to the reels creating wins for players. Kong’s Call similarly adds up to 12 King Kong wilds to the reels and could create three stacked wilds in the middle reels.

We’ve got a special bonus game for you. Land two of the heroine scatters on reels 1 and 5 and we’ll take your character to where she is about to be sacrificed by Kong! There you will be rewarded with a random number of free spins from nine to as many as 100, and on top of that any stacked wilds will automatically become sticky and stay in place during the free spins round.

The power of Kong is replicated in this great slot for both fans of the story and general gamers alike. It is always good to see stacked wilds feature in a game and the different bonus round add to this game’s worth immensely. Other NextGen games are available to play at CasinoNZ including classics like Funky Chicken or Starmania, if you like slots that offer big payouts with great visuals these will suit you perfectly.