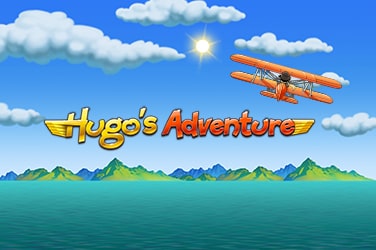 Hugo’s Adventure is a video slot by Play’N Go themed around the popular cartoon character Hugo.

It’s one of four slot games by Play’N Go centred around the eponymous TV troll, and while the franchise has faced a series of criticisms over the past years about whether the cartoonish style is too appealing to children for a slots game, it’s enjoyed a modest degree of popularity nonetheless.

At first glance, Hugo’s Adventure is a simple 3×5 reel slot game with 10 fixed paylines. Players spin the reels to line up symbols including simple J, Q, K, A symbols as well as characters from the Hugo franchise. Hugo himself is the icon for the game’s wild symbol, though in this high volatility slot it’s possible to spin the reels for quite a while before any wins come in. As usual, the regular gameplay in Hugo is alright but most of the game’s excitement comes from the special features, of which luckily there are a couple.

There are two special features in Hugo’s Adventure which set the game apart from the rest of the Hugo series; the first comes into play when two of the game’s bonus scatter symbols land on reels 2 and 4. This triggers Underwater Adventure, a simple pick and click game in which players choose treasures which can result in cash bonuses or lost lives (from a maximum of three); at the end of this game, players can spin a wheel which adds multipliers to their cash, once for each life they’ve got left. The second bonus feature is the most interesting: the Air-Ace Free Spins feature triggers when players land three airplane scatter symbols on reels 1, 3, and 5. Players will start the Free Spins round with nine free spins, and during this round both flying wilds and balloon multipliers can appear on the reels, making big wins much more likely.

Hugo’s Adventure is easy to pick up and play wherever you are from mobile, tablet, or desktop. The game works smoothly on both iOS and Android devices and players shouldn’t have any issues with graphics or animation, both of which still look good on smaller devices.

Hugo’s Adventure is a slot game with a return to player of 96.53% – this is pretty good and probably slightly above average for a slot of this type, meaning a player’s chances of making a profit on the game are decent – though the house will still have an edge of about 3.47%. It’s also the most volatile game in the Hugo series of slot games, which might be off-putting to players who are used to the lower stakes style of previous incarnations, though to some it will no doubt be a welcome change.

Hugo’s Adventure combines the bright, fun graphics of previous instalments with a new adventure, new gameplay, and some interesting special features too. It’s not a bad game by any means, as long as you don’t find the theme too twee.