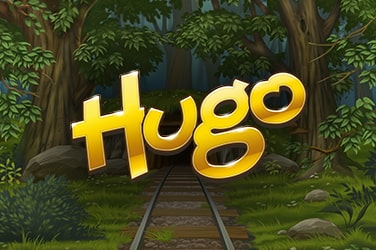 Slots developers have often been inspired by cartoons and among the most notable examples in recent years is Hugo, produced by famous developers Play ‘n Go.

The game is based on the popular television series, Hugo the Troll. The show, made in Denmark, began in the 1990s and was based on Hugo’s adventures as he fights to rescue his family. It proved so popular that it was watched in more than 40 countries around the world.

The game has some similarities to other successful slots from this company, including Tower Quest and Wild Blood. Based on the familiar five-reel structure, it provides 10 pay-lines and is also available in a handy mobile version for those who like to play on the move.

This is a developer that has established a reputation for producing player-friendly titles and Hugo fits that description. Gameplay involves setting your stake size, then the number of lines that you want to activate and then pressing Spin. There is also an Autoplay option for faster play.

Hugo fits into the category of a medium variance slot game, with an RTP of a little over 96%, which is above average, though typical of Play ‘n Go titles. Payouts occur with reasonable frequency and the addition of a free mode is ideal for those who like to try a game before they play.

The presentation is fittingly colourful and bright, and all of the major characters in the television show are represented on the reels. There you will find Hugo, together with Hugolina, the rest of his family and the game’s villain, Scylla. A lot of care has gone into getting the visuals right and the use of animations that are triggered each time a player wins is a lovely touch. There are also sound effects and music taken from the television show to further enhance the playing experience.

Hugo offers two main bonus features. The first is a Free Spin round that is launched when three Scatter symbols are landed. You will then be able to choose from three options, each with a different combination of free spins and multiplier sizes. During this round, if you land another three Scatters, you will win more Free Spins, and your chances of bringing up Scatter combinations are increased as there is a special Hugo scatter used during this round.

Along with the Free Spins option, there is another bonus feature, in the form of an entertaining game. If you land three treasure chests you will then have the chance to claim several prizes, while avoiding being caught by a crocodile. This is an innovative and welcome addition to the basic gameplay.

A lot of care has clearly gone into the production of this slots title and the result is a colourful and entertaining game that offers an immersive gameplay experience and enough diversions in the form of bonuses to maintain the interest of even the most hardened online casino customer.