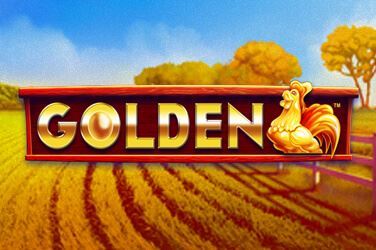 Even though the name of this game offers up images of gold bars or coins, the name Golden Slots is a bit misleading as NextGen have designed this 2017 release with a farm theme.

Released in time for the Chinese new year of 2017 that celebrated all things to do with the rooster, this game comes with two bonus features that offer the chance of big wins.

The five-reels and three rows offer plenty of ways to win, 243 of them to be precise with 25 paylines, with the minimum bet set at just 1 cent per payline, with the maximum being 25c, or 25c to $250 when all 25 paylines are selected. The RTP for this medium to high-velocity game is a generous 97.22%, which is higher than the industry standard for this type of game.

The most you can win on the base game is 2,000 coins, which will come your way should you get a payline with 5 rooster silhouette symbols on it. The wild symbol is the red rooster, whilst the golden rooster is the scatter symbol, and these will trigger the bonus games described in the next section.

First up, even though the red rooster only appears on the second, third and fourth reels, if you are lucky enough to land all three in a row, you will see the free spins feature activated, where you will receive 10 free goes.

The Golden Free Spins feature is triggered when you land the golden rooster symbol on reels 2, 3 and 4 and will pay you 50 coins as well as multiplying that by your unit stake and give you 10 free spins. In addition to that, you will also get a 5x multiplier should you get five of a kind of any symbols during the free spins round, but land five rooster silhouette symbols and you will get 10,000 coins.

An additional feature of the Golden Free Spins round is that the red rooster wild symbol doubles up with the golden rooster scatter symbol, offering you twice as many wild symbols on the reels, which means that re-triggering the feature is much more likely, and consequently there is more chance of landing some big wins.

The chance to win big on this game rests on triggering the Golden Free Spins feature, where the scatters and wild symbols team up to give you much more chances to land winning combinations. That being said, there are also some sizeable wins to be found in the base game, so there is plenty here to keep gamers of all levels happy.