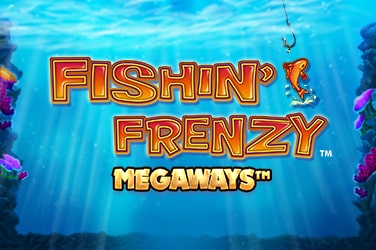 Real Time Gaming’s initial Fishin’ Frenzy Megaways Slot was introduced in 2014 to great acclaim. This nautical-themed slot immediately became a favourite of slot enthusiasts all over the world, appearing on both online and offline gaming sites on a regular basis. Fishin’ Frenzy has a number of fascinating elements that we’ll go over later and that have been carried over to the Megaways edition. Blueprint Gaming did not release the Megaways Fishin’ Frenzy game until 2019, five years after it was first launched, to the delight of many fans of the game.

Since its introduction in 2015, Big Time Gaming’s successful Megaways slot feature has been incorporated into a number of slot games. Fresh eyes  that set on the Megaways game mechanic and the Fishin’ Frenzy release will find a wealth of features and will need to become versed in how to get the most out of their experience. The gaming options are simple, and the extra features that players have come to love may result in some substantial winnings. Let’s take a closer look at the Fishin’ Frenzy Megaways Slot and learn what makes it so popular.

As may have been assumed by the title, the slot is set deep under the waves, and it looks fantastic with a well-designed and almost realistic underwater backdrop of pure, blue water. Despite its short lifespan, the original Fishin’ Frenzy Slot Game retains many of its original design elements, such as a plain blue backdrop for the reels. The original slot’s 10 paylines were presented on either side of the grid in different coloured squares to assist players distinguish them. The play buttons were similarly arranged underneath the table in an orderly, albeit clumsy, manner.

Now, with the remastered version of the game being released, we have to look at the bigger picture. The environment of Fish Frenzy Megaways is almost identical to its counterpart, as it is with many Megaways renditions of slot games. The background is substantially identical to the original, with an oceanic trench on either side of the grid and a clear expanse of water in the middle.

Outside of the play-grid, differences in the setting and design of the Megaways edition are more obvious, with a number of decisions resulting in a tidier appearing slot. First, instead of taking up the full top row, the title of Fishing Frenzy Megaways has been reduced to a single corner of the screen and replaced with a payline count.

The RTP for Fishin Frenzy game sits at a comfortable 96.1%.

There are no direct bonus features in this game, which could be underwhelming for some people but actually makes the game more enjoyable overall as it is simple and easy to understand. Aside from the large number of paylines, the Megaways version’s gameplay is essentially similar to the original. This means players won’t have to worry about learning new features or being confused by additional symbols. The Fishin Frenzy Megaways Slot does feature a Wild symbol which could be seen as a bonus for some people as very old fruit machines and retro slot games sometimes do not include this feature.

This game stays one of the most popular on the market in terms of both real-life fruit machines and the digital version we referred to in this review. The game itself is solid, and all of the included features make it a treat to the eye and the mind.

If you want to try something new, we have a range of other titles ready to play, such as Unicorn Legend, Tootin Car Man, Taco Brothers and Poltava.

Although slot games may appeal to younger viewers – they are strictly for adults. Be gamble aware.