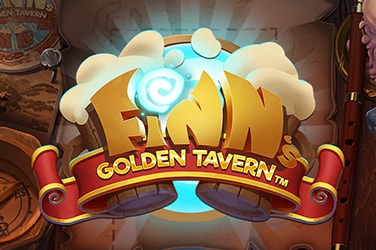 Finn’s Golden Tavern is a NetEnt slot about Finn the leprechaun and a follow-up to 2017’s Finn and the Swirly Spin.

This time around, Finn takes players to his favourite tavern, where they spin the reels to line up tankards and bottles in the hopes of landing a windfall on the reels.

Like Finn and the Swirly Spin, this slot is played with a swirl on the reels, which symbols proceed around as play progresses. Players land wins for lines of three or more identical symbols which fall horizontally or vertically on the reels. All bottles and tankards on the paytable pay equally, which is between 0.1x and 5x the bet for three to five symbols in a line, while coin symbols pay the sum of their value, with each coin valued between 0.5x and 5x the bet – so five 5x coins will pay out 25x the bet in total.

On top of the slot’s interesting basic gameplay, there are a number of special features to keep an eye out for while playing Finn’s Golden Tavern. Finn’s Golden Tavern features avalanching reels, so winning symbols disappear from the reels and new ones fall into place. As this happens, symbols proceed around the reels into the centre of the swirl. When the Free Spins Chest symbol lands in the centre, this unlocks Free Spins. Five free spins are unlocked, during which a win multiplier will slowly rise, increasing the value of consecutive wins.

On top of this, the Random Fist Slam feature and the Random Coin feature can randomly trigger during the base game. These features can either move a coin symbol into a winning line or randomly generate a coin to deliver players an instant win. Between this feature and Free Spins, there’s always plenty going on in Finn’s Golden Tavern to keep gameplay interesting on each and every spin.

Finn’s Golden Tavern offers an average return to player of 96.1%, which is the equivalent of $96.10 back in every $100. This is around average or slightly above it, and it gives players a fighting chance of making a good profit from the slot. This is a low to medium volatility slot, which means wins come in fairly frequently too, making Finn’s Golden Tavern a good choice for casual players who enjoy lighter, lower-stakes slots.

Fans of Finn and the Swirly Spin will find a lot to like in this follow-up slot from NetEnt. Just like Finn and the Swirly Spin, this slot features the swirl mechanic, which is a really novel way of triggering free spins, as well as the classic avalanche mechanism which means multiple wins can land from a single spin. It’s also got a good RTP and beautiful 3D graphics, and NetEnt doesn’t rely too heavily on the Irish theme to get by. Sound good? Give it a spin and you won’t be disappointed.