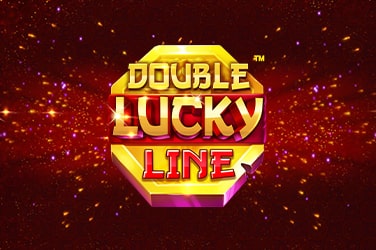 Slots aimed at the Asian markets are one of the biggest single genres lot pokie available these days, and while there is a lot of variation to choose from there are a few key similarities that many gamers love: The bombastic music, the rich colours, the backdrops dripping with gold and jewels and the amazing fireworks. Double Lucky Line doesn’t deviate one bit from that mould, and features just about all of them in a Chinese themed slot that’s about as classic as they come. But will this be a profitable trip into familiar territory, or just more of the same? Let’s find out in our Double Lucky Line slot game review.

Chinese culture has a special place for luck right at its heart, and there are all kinds of symbols and superstitions surrounding luck that it’s easy to see why slot games are so popular there! Many of them make an appearance in this pokie, which is dripping with red and gold in the great Chinese style! The background is a deep red that is constantly shimmering with golden flecks that whirl and dance as you play. The borders of the reels in Double Lucky Line are littered with coins and Chinese carvings, while on the reels you find an assortment of lucky Chinese symbols. The low value symbols are the standard 9 – A, but the high value symbols include gorgeous and colourful representations of the lucky frog, the dancing dragon, the jewel encrusted turtle and even a little money tree.

Straight away Double Lucky Line has a slightly unusual feature, which is that each symbol is its own reel rather than having the reels formed of stacks of three symbols or higher. This means there are 17 pay lines to play on, where you can bet up to £/$/€100 per spin. Another feature that is slightly different is the middle row, the Double Lucky Line from the title, on which symbols that land will appear as double versions of themselves. This allows you to form combinations that are much larger than usual, with ten of the logo symbols paying up to 300x your stake as a top prize. This results in an RTP of just above average at 96.06%, nothing to write home about but a good sign that there is cash to be won!

That double line is the major feature in the Double Lucky Line slot game, but it’s the interaction it has with the other features that makes it special. There are a couple of special symbols in this pokie, like the wild and the scatter, which are also affected by the double symbol line, so you can rack up some pretty impressive combos with it. You can also activate the free spins easily by landing five scatters, no problem when some or all of them are worth double, with every scatter above that number adding another free spin up to a maximum of 25.

Double Lucky Line isn’t the most inventive slot out there, especially where the theme is concerned, but that awesome double line is a great way to rack up some impressive totals with very little effort. It also makes activating the bonuses much easier, so you’ll soon have a steady but small stream of income you can use to build a fortune!