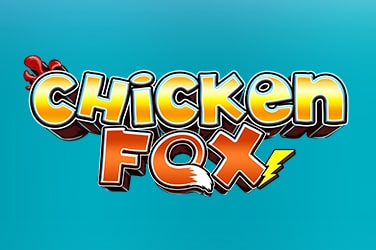 Sneak into the chicken coop in Chicken Fox, a cartoon slot from Lightning Box where players take on the role of foxes hunting for chickens in the henhouse.

The reels are set in a rustic countryside barn, and in the background, dollar notes can be seen stuffed into each nesting box. A banjo theme accompanies the slot, while the reels are packed with tractors, pigs, goats, and chickens.

Chicken Fox is a 25 pay line slot in which players line up matching symbols on pay lines to win. There’s a Wild Lady symbol, the farmer’s wife, who pays out between 400x and 5000x the bet, while the highest paying standard symbol is the green tractor, which pays up to 400x the bet for up to five matching symbols on one single winning line. The pig and the goat pay up to 300x and 250x the bet respectively for five symbols on a line, while lower valued Q, J, and 10 symbols payout between 5x and 100x the bet for between three and five identical symbols on a single pay line.

There is really just the one special feature at play in Chicken Fox, but it’s got a few added extras included to make things a little more interesting. The slot’s Free Spins round is triggered when players land three, four, or five gold egg Scatter symbols anywhere on the reels. This unlocks between 8 and 30 free games. During Free Spins, fox Wild symbols catch chickens on the reels to release extra prizes and bonuses. Foxes can catch chickens and roosters for up to 1000x awards, and white eggs for additional free spins. Foxes who don’t catch any chickens or eggs still net bonus free spins, too! While Chicken Fox has just the one feature, the simple mechanic of foxes catching chickens makes it that bit more fun, and more free spins can be unlocked frequently, which means the round can last a lot longer than you might think.

With an average return to player of 95.54%, Chicken Fox offers slightly below average returns compared to many online slots. This means that if you play Chicken Fox enough to spend $100 on the reels, you might win back around $95.54 on average, though some players will win more or less than this. It’s only a little below average, so this shouldn’t affect casual players. It’s also a high variance slot, so be prepared to wait for those lucrative free spins to recoup most of your money in this game.

At first glance, Chicken Fox may look like just another cartoon fox slot in line with games like Foxin Wins, but actually, the mechanics of Chicken Fox are just a little bit more complicated. The slot’s Free Spins round offers an extra level of excitement as players watch for Wild foxes, chickens, and eggs. Lightning Box has put together a really fun slot in Chicken Fox, and one that most players should give a try.

If you want to try some different titles we recommend Gorilla Go Wild, Owl Eyes, Red Dragon and Pixie Gold.