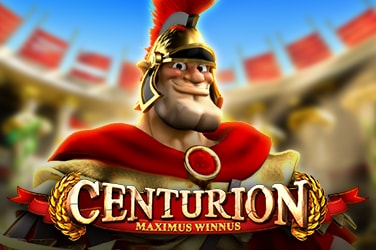 Released in 2015, Centurion Slot is the most successful game released by Inspired Gaming to date.

It has an entertaining Roman theme, which is a cartoonish take on the period, rather than the gritty and realistic theme in other Roman and gladiator-themed titles.

The game is played on a five-reel layout with 20 paylines and can be played with coin sizes ranging from 0.2 to 250. The graphics are comic-book style but pleasantly realised and there are a host of appropriate symbols, including chariots, helmets and coliseums. There is also a Wild symbol that appears to be based on a Roman legion insignia. The bonus symbol is the most sought after, as this can launch any of the four bonus games that are included in this title.

Centurion Slot has an average RTP of 95.00% and can be considered a medium variance title, offering payouts on a relatively regular basis. The biggest win possible in this game is x500 your bet stake, and this can be landed with any size of bet, by landing five centurion symbols on the reels. There is also a handy autoplay tool which gives you the freedom to tweak the bet size and the number of spins you prefer, which can be then be played automatically.

While the basic gameplay is fun, the key to this game lies in the range of four bonus games, each of which offers a different reward and gameplay.

The Road To Rome feature involves rolling virtual dice to progress your piece along a game board, earning bigger multipliers as you go. You are limited in the number of dice throws that you can take, but if your piece makes it all the way to Rome, you will land a prize.

With Caesar’s Free Spins, you spin a wheel that determines the number of free spins you can enjoy, as well as the multipliers that will go with them. The Wild Power Spins are a similar feature, in which you are awarded three spins with Wilds present across the first three reels.

Finally, the Prizes On Parade feature involves three Romans holding shields and you are challenged to press the Stop button as the options revolve, with the chance to land a multiplier.

As well as these bonus features, the game also offers a number of reel modifiers. These include Big Win, which will reward you if you bring up a centurion symbol, Reelus Maximus, which will upgrade your win, Super Bonus Reels, which award you more bonus symbols and Five of a Kind, offering a hefty five of a kind payout.

Many game developers have well-tried the Roman theme, but Centurion Slot is an exciting and entertaining variation with a colourful backdrop and a well-designed layout. This is the ideal choice for those who prefer a medium variance game that offers a wide variety of bonuses and should provide plenty of entertainment.

Are you looking for a title with a different theme? We have 100s of slots at Casino NZ for you to try, like Arcader, Irish Eyes 2, Call of the Colosseum and Spanish Eyes.