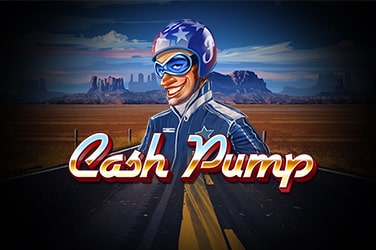 Motor racing thrills combine with classic online fruit machine play to bring you one of the most exciting titles online. Cash Pump from Play’n Go may look a lot different from most games, but the concept is very familiar – match symbols on a pay line to win some cash.

That’s the aim in the base game while some cool bonus features help to make this one of the fastest-growing slots around.

Released in October 2019, Cash Pump caused an immediate stir because of the quirky way in which it operates. In the base game, there are four reel grids, each of which is lined up in a 3×3 format. With 5 paylines on each of those grids, there are a total of 20 ways to win at this stage and the symbols we need to line up give a nod to the classic slots.

Iconic fruit symbols are in play here, so we’re looking to match cherries, oranges, melons and plums and they are joined by red bars and lucky 7s. One look at the paytable tells us that the bars are the most valuable symbol and when three align on any of those 20 betways, they will pay out 500x the coin stake.

While those four reel grids make Cash Pump stand out from the competition, the base game is fairly standard but the fun starts when the bonus features come out to play.

Our cartoon racing driver is our host for the game and he also acts as the wild symbol. Our hero will only appear in the centre of the three reels in each grid and when he drops in, he will look to substitute for other symbols in the quest for a winning combination.

The action heats up when three wild driver symbols appear on that central grid. This triggers the stacked wilds feature which will cross over into all four of the active reel sets. Not only that, but any winning combinations that drop because of this feature will also benefit from a x4 multiplier, so this can be a very lucrative section of Cash Pump.

Like all great slot machines, this game also features a free spins round and this is activated via the marked ‘scatter’ symbol. The wild image cannot replace the scatter and when this icon lands on the central reel of all four grids, an initial set of seven free spins will be granted. Spins can be retriggered and any wins can be subject to an increasing multiplier.

Cash Pump can be a complex game but, with a generous Return to Player (RTP) percentage of 94.75%, it has the potential to be a rewarding one. The unusual grid system looks different but once you’ve started spinning it’s easy to follow and the base game works like most slots.

The fun really starts in those bonus rounds where wilds, scatters and multipliers add up to make an online slot which has become a big hit with the playing community in a short space of time.