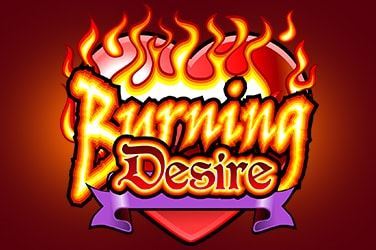 If you enjoy Microgaming slots, you will no doubt enjoy Burning Desire. At first, the graphics of the slot may seem a little basic compared to other Microgaming titles, but the simplicity of the graphics is more than made up for by the bonus features which are packed into this slot.

Despite these many achievements, Microgaming doesn’t let awards or numbers define them. They take pride in being a company that truly cares for its employees, casino operators they partner with and their players. From giving back to their local community in the Isle of Man to taking part and organising responsible gambling initiates, tackling important issues is just as important to Microgaming as their casino game development work.

Competitive, agile, creative and adventurous are the four cultural ideas Microgaming puts at the heart of its company. They believe these ideas allow them to create unique and innovative games that are as engaging as they are functional.

The slot has a traditional 5 reel, 3-row format but interestingly has 243 fixed paylines, offering players multiple ways to win big. A range of classic slot symbols fall on the reels such as A, Q, K, J, 9 and 10, which are the lowest-value symbols. A burning rose, red seven, red diamond and red bar are the highest symbols. The red diamond is the highest-paying symbol and earns players an impressive 300x their original bet when 5 land in a sequence.

The RTP of the slot is 96.19%, which is above average compared to similar slot machines that usually operate with a 95-96% RTP average.

While at first Burning Desire may seem like an overly simplistic slot game, the bonus feature round and 243 paylines keep the game interesting and engaging. The paylines and free spin round also offer players plenty of opportunities to win big. Above all, this is an entertaining slot that will be a nostalgic experience for fans of classic slot games, the gameplay is smooth and straightforward as you would expect from a Microgaming slot.