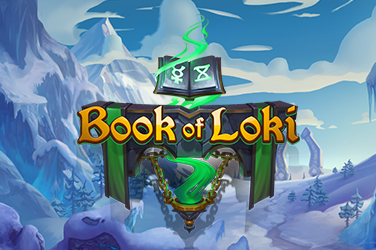 The art of Norse mythology is something that can so easily hook a player in, mainly because there’s so much depth to it that – we’d argue – it can never get boring.

When you combine that with a character who wound up playing a role in the Avengers franchise, you’re onto a winner.

With that in mind, we’re here to present you with our Book of Loki slot game review as we take a look at what 1×2 Gaming has produced.

The eerie, somewhat enticing atmosphere in this pokie kickstarts from the word go with a standard 5×3 reel layout. From there we have just 10 paylines to work with throughout the base game as well as some colourful playcards, although there is a splash of theming in there.

We also have specific themed symbols including Loki, a mysterious device, his pendant and his ring.

The return to player (RTP) percentage is always going to play some kind of role in the slot industry even if there are some of us who don’t put that much stock into it. That’ll be true for Book of Loki too, with the reported RTP for this one coming in at 95.80%. That’s below the usual industry average but with high volatility, there are still plenty of reasons to get excited.

You only have to put down $€£0.10 as the minimum stake to really get things started in this slot before working up to a steady but low maximum of $€£25. However, it isn’t all bad news, as it’s possible to win up to 5,000x your initial stake.

The design work is fun, the theming makes sense in line with Loki and the soundtrack is about as weird and somewhat beautiful as we’d expect it to be, in all they’ve done a decent job here.

Loki in prison serves as both the wild and the scatter in this one and can replace all other standard symbols on the reels.

The main feature here is the Free Spins bonus that will be triggered upon landing three of the ‘Loki in prison’ symbols. You’ll receive an initial 10 free spins although more can be triggered throughout the gameplay in this round by doing the exact same thing.

Before the spins, one standard symbol will be chosen at random and will expand to fill all of the available positions on the reels when it appears – essentially acting as a makeshift scatter.

At the end of our Book of Loki slot game review we’ve come to the following conclusion – it’s pretty good. The potential winnings are strong and we really enjoy the theming, even if the bonuses are quite disappointing when you consider how many potential directions 1×2 Gaming could’ve gone in.

It may not be the sort of blockbuster you’d get from Thor, but that’s kind of the point with a character like Loki.