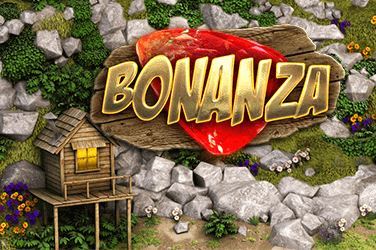 This slot comes with a fun, old school mining theme. This sees players searching for real-world prizes just as miners of the past did. Luckily, you do it in a much safer online mineshaft! Although this game is a few years old, it still looks good.

The graphics and symbols (which include various jewels like diamonds or emeralds) have an almost timeless feel to them. This helps it compete visually with newer slots without looking outdated.

Fans of online slot games in New Zealand are spoilt with the number of top developers today. One of the best is Big Time Gaming, and they have teamed up with NYX for this title.

But who exactly is Big Time Gaming?

BGT is an Australian casino software studio with its base in Sydney. The people behind it have lots of iGaming industry experience to fall back on, with CEO Nick Robinson being involved in the sector since 1996. Their fun slots, such as White Rabbit and Danger High Voltage are known for having awesome bonuses, large payouts and high RTP levels. NYX Gaming Group is also involved with this slot and is another name to trust. Operating since 1999, they are known within the sector for working with the best games studios around.

What does Bonanza offer to players?

In terms of pure gameplay, this is still one of the most action-packed slots on the market. Much of this is down to the innovative Megaways and Reactive Reels game mechanics. As you play, the reels are always changing to make the gameplay unpredictable and fast. It also sees this slot give a huge 117,649 ways to win! Don’t worry though – the 6 reel, 4-row set-up remains easy to understand.

Another feature which has seen that this slot remains popular is the RTP figure. It might not be the highest around at 96% but it still compares well with others. This is also classed as a high volatility game which means bigger, less frequent wins can be yours.

Bonanza does not have lots of extra bonus features – but then it doesn’t really need them. The Megaways and Reactive Reels base game design is practically like a bonus in itself! For more fun, however, there is a Free Spin feature. This is triggered when you fill a row with Scatter symbols and the word GOLD appears. 12 Free Spins are then yours to use, with more Free Spins added if extra Scatters show up in-play.

If you enjoy playing online slots in New Zealand, Bonanza is worth checking out. Not only does it look and sound good, but the intense gameplay is very exciting. It also gives you plenty of chances to win big amounts – with Free Spins available too, it is a game with much to be recommended. If you live in New Zealand and fancy giving it a go, sign-up with Casino NZ today. Creating an account with us is quick, safe and easy, so you can start having fun in no time at all.

Check out other titles on Taco Bros Save Christmas, Tianlong, Shangri La and Luchadora.