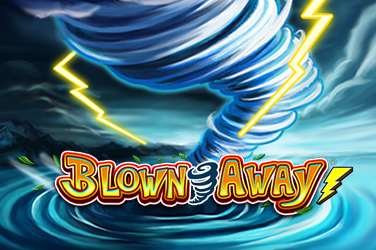 Sometimes you have to take a step back from the madness and the chaos in the name of rest and relaxation – which is one of the reasons why we love any pokie game that includes great weather and a beach.

Today, our wish comes true as we look at Lightning Box Games’ latest effort with our Blown Away slot game review.

We open up proceedings with a fairly standard 5×3 reel layout with 25 paylines to work with. We also have the usual playcards that have had a hint of theming attached to them, alongside the proper themed symbols which include the monkey, the lizard, the white bird and the penguins.

The return to player (RTP) percentage isn’t used by every slot player on the face of the planet but there are definitely a few out there who enjoy it, and some will be playing Blown Away. The reported RTP for this one comes in at 95.70% and while that’s notably lower than the industry average, it also has medium volatility, which will serve as the silver lining for some punters out there.

You only have to put down $€£0.25 as a minimum stake to get started with this one before working up to a nice maximum of $€£200. From there it’s anyone’s ballgame as you can potentially win 900x your initial stake.

The gameplay can be a bit ploddy at times but the design work is so unbelievably fun. It just hooks you in from the word go with the characters and the bizarre story behind it, to the point where we could see it being made into some kind of movie.

The walrus captain is the wild symbol here and will, hopefully, guide you through the seven seas and through the stormy weather.

Tornado Respins – the tornado symbol is also a wild but only appears on the 5th reel. When it does, this feature will be triggered, with players receiving a respin with the lowest value symbol being removed from the reels. This will then be retriggered if another tornado lands.

Free Spins – you need to land three of the boat scatters in order to trigger the Free Spins bonus. Here, you’ll receive ten free spins, with the hope being that you trigger the Tornado Respins feature at the same time. If this happens the tornado will drag a cow away from time to time, increasing the wins multiplier from 1x up to as high as 7x.

Our Blown Away slot game review has come to an end and while we can’t quite pretend like we were, in fact, blown away, we still had a good time.

The possible winnings are decent, the bonus features make sense alongside the theming and it’s just a good way to pass the time.