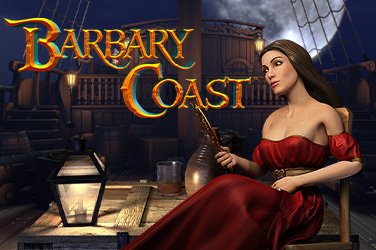 Betsoft will allow players to go on a treasure hunt in this Barbary Coast slot game as they look to go on a pirate adventure.

If you have ever played a Betsoft title, then you will know that the developer continues to provide some amazing 3D graphics with each game they produce. Indeed, this Barbary Coast slot is no different.

The game provides a pirate theme, with players fully able to immerse themselves within the title as they will feel that they are on a classic pirate ship. There is a wooden feel to the game, with the material synonymous with the ships of the time, while it is also possible to see some wooden barrels.

A playing grid consisting of 5 reels and 3 rows has been implemented in this Barbary Coast slot, with a total of 30 different paylines.

The game’s symbols help to highlight the pirate treasure hunt theme adopted throughout this game, as the paytable provides us with several icons related to this particular genre.

Symbols available include wooden barrels, cannons, treasure maps, compasses, guns, golden coins, treasure chests full of loot, a skull and crossbones, and a female character that can provide the biggest rewards if 5 of her appear on an active payline.

Naturally, whilst on this treasure hunt, a handful of different Barbary Coast bonus features can be triggered.

The first of these is when the cannon symbol appears on the middle reel of the playing grid. Players will notice that the Explosive Wild Reel feature will be triggered for the next spin when this happens. The reel will remain wild for that spin.

Players who can land 3 or more of the Ben Sawyer symbols will be able to trigger the Dashing Sawyer feature. Here, individuals will play a ‘Click Me’ feature where they will be able to win an instant prize.

The next Barbary Coast bonus feature that can be triggered is the free spins game, but this is only possible when players land 3 or more of the game’s scatter. This symbol is depicted as the parrot.

The Barbary Coast bonus features continue to keep coming, as if you are fortunate enough to land 3 or more of the Captain Blackbeard symbols, you will trigger the fight bonus where you will go up against Blackbeard in a sword fight to win an instant prize and save the maiden that has been stolen from you.

The final Barbary Coast bonus game is Grog Challenge, which will be active when 3 or more worker symbols appear on a payline. Players will challenge the pirate to a drink off, and if they win, they will be able to win a prize!

Barbary Coast is a title that has been packed with numerous bonus features that can be potentially rewarding, which is why this Betsoft slot has become a very popular option for punters! The graphics utilised are of a high standard and ensure players can have a good time when they enjoy this title.

If you like the Barbary Coast game, why not try Pirate Armada or Octopus Treasure?