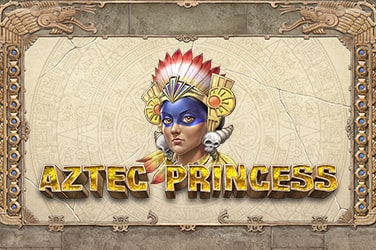 Within the context of Aztec theming, we tend to believe that a well-constructed slot within this genre can turn out to be a real standout in the industry.

With that in mind, it’s time to see what Play’n GO has to offer in our Aztec Warrior Princess slot game review.

We begin proceedings with a nice 5×3 reel layout to really set the tempo of this pokie alongside the 20 paylines. We also have many themed symbols to enjoy including a dragon mask, a tiger, an eagle and a red frog – as random as that may initially sound.

The return to player (RTP) percentage sets the tempo for many slot players who want to know what sort of financial rewards could be in store for them. With Aztec Warrior Princess, the reported RTP comes in at 96.69% which is actually fairly high when weighed up against the standard average. Between that and the medium volatility, it’s reasonable to think smaller but more consistent wins are possible.

You can get underway with a minimum stake of around $€£0.20 before working up to a conservative maximum of $€£25, and from there, winning 5,000x your initial stake is definitely plausible.

The slick gameplay, the jungle soundtrack, the attention to detail in the theming – there’s a lot to enjoy about the visual aspect of this slot. Some would argue the difference between the playcards and the symbols messes up the design work ever so slightly but overall, it’s a job well done.

The wild symbol here is a large golden mask with the Aztec Princess herself and the skulls being the scatter and bonus symbols.

Skull Bonus – if you land three or more of the skull bonus symbols anywhere on the reels, you’ll be taken to a screen with three plinths. Skulls will then roll in from the left of the screen and you will be able to pick one that will then be transferred onto a plinth. From there, it’s revealed to be either diamond, gold, silver or bronze.

If you do this three times and reveal three skulls, your prize will be revealed based on the overall value of the combinations.

As our Aztec Warrior Princess slot game review comes to an end we have one thought in our mind – this is a really enjoyable slot.

The gameplay and theming have been done in a really classy way, and when you combine that with the bonus features, we think Play’n GO are onto a real winner.