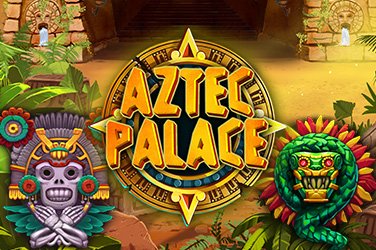 The theme of the game also has plenty of nobles from the Aztec civilization. Moreover, the punters could also enjoy several features and bonuses, such as ‘Bursting Wilds’, ‘Pick a Skull’ and ‘Free Spin’.

This game’s background is similar to other games introduced by Booming Games. This game features five reels, three rows and 20 fixed paylines. One must bet at least 20 coins per spin, the coin denomination can be chosen from $0.2 to $400. This range attracts both kinds of people, penny punters as well as ones who want to bet at higher stakes.

The design and audio effects of this slot game is splendid. The users feel like they are about to discover something really significant, in the middle of the jungle.

Symbols in this game offer the users a complete experience of the Aztec civilization. The main symbol is of the ‘King’, this symbol leads the group. Moreover, a ‘Shaman’ is also considered a significant part of the symbol group. Furthermore, a ‘Skeleton’ and ‘Snake deity’ are other relevant symbols of this slot game. Also, some other low paying playing cards are ‘Stone dragon pillars’.

Some of the special symbols that can be witnessed by the punters in this video slot game are:

Standard Wild: This wild card looks like a stamp, it can substitute all the other symbols except the Scatter and Bonus icons. This wild card can reward the punters, as high as 50x the total bet. This wild symbol easily appears on the reel.

Bursting Wild: This other wild burst into the reel. It appears randomly on the reel and when it lands, it explodes and behaves like a Wild. In one spin, punters could witness as much as eight of them.

Free Spin: The free spin feature only appears in the game when at least three Free spin scatters land on the reels. Eight, Ten and Twelve freebies are triggered based on the number of the scatters that land. All low paying icons are substituted by high value ones.

Pick a Skull: This feature is triggered when the low paying icons are substituted by Wilds, Bursting Wilds and Bonus Scatters. It can be triggered either during the base game or during the freebies.

The punters can get as high as 1000 times the betting amount. The symbols that pay the highest rewards are Wild and King. They pay the maximum payout.

This game is not very unique, as similar features could be seen in other slot games powered by Booming Games. Although, this game incorporates special features. Moreover, crisp visuals could be witnessed by the gamers. This game could be played across all devices.