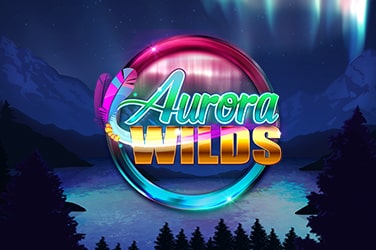 The world of slot gaming can take us to places we never would have imagined, and today, we’ll be off to the depths of the Pacific Northwest.

That’s because we’re going to be doing our Aurora Wilds slot game review as we take a look at one of Microgaming’s more intriguing efforts.

We open up with a fairly standard 5×3 reel layout but beyond that, there are just 10 paylines for punters to work with. We also have a string of themed symbols to enjoy including five totem-style animals, lucky 7s and the bar symbols.

The return to player (RTP) percentage is always going to be viewed as a divisive tool used to try and give players an idea of what they can expect to get out of a slot. The same will be true for Aurora Wilds with their reported RTP coming in at 96.20%. That puts it around the average mark and with medium volatility to go alongside it, smaller but more frequent wins are definitely possible.

There are definitely contradicting reports with respect to the stakes but from what we can tell, it’s possible to put down a minimum of $€£0.10 and an absolutely insane maximum of $€£620 – in some instances, of course. From that point, through the magic of jackpots, you could win up to 2,000x your initial stake.

The colour scheme, the Northern Lights in the background, the soundtrack – everything about this slot’s design is so peaceful. It may not be great for those who want a more ‘thrilling’ experience but overall, there’s a lot to enjoy here.

The beautiful butterfly is the wild in this pokie and appears on the 2nd, 3rd and 4th reels. When it hits, the butterfly also expands to turn the entire reel wild as part of the Expanding Wilds feature.

We also have the Respin which allows the expanding wilds to be locked in place, and if the butterfly then lands on it, it also expands.

The gold Jackpot Wheel is the reel headline to keep an eye out for and it can also only appear on the middle three reels. If you land three of them on the same spin you’ll be given a spin in the Jackpot Wheel feature, and depending on where the pointer eventually lands, you’ll get one of four jackpot prizes.

Our Aurora Wilds slot game review has officially come to an end and, to conclude, we actually quite like this slot as an overall product.

The theming is different, the bonus features are solid and the gameplay is nice and relaxing – which is a rarity in this field.

Microgaming has clearly decided to think outside of the box and whenever a provider does that, it’s hard to do anything other than praise them.