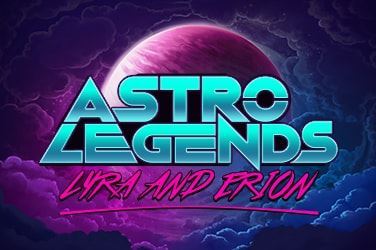 There’s certainly something to be said for a slot that goes out of its way to be unique, special and outright bold. Of course, at the same time, there’s always the risk of it falling flat on its face.

Through our Astro Legends: Lyra and Erion pokie game review, we’re going to see which category Foxium’s product falls into.

On a distant planet that seems to really enjoy electro music, we have the definition of a makeshift reel layout in the form of 1-2-3-3-4-3-3-2-1 – no, we’re not kidding. The payouts work in a cluster format with clusters of five or more symbols paying out a decent amount.

We also have a range of themed symbols on the board including a garnet, an amethyst, a peridot and then Q, K and A, with the latter three being carved into a rock.

The return to player (RTP) percentage isn’t exactly everyone’s cup of tea and we can completely understand why, but it still holds a special place in slot folklore for many – including some who will play Astro Legends: Lyra and Erion. The RTP for this one comes in at between 96.50% and 96.63% which is certainly an impressive amount, especially alongside medium to high volatility.

The design work here is so wacky and so crazy that it actually turns out to be a bit spooky, almost as if it’s come straight out of an episode of Black Mirror. Alas, even with that being said, we really like the colour scheme as well as the intricate detailing.

The wild symbol here can only pop up in the three pink-edged positions on the reels and can also apply a multiplier of up to 5x.

Sonic Respin – this can happen randomly after a win in the base game with all of the symbols involved being locked in place. Erion pops up out of his hole and blocks out all other reel positions before the awesome Lyra blasts them away, with this feature ending when there are no more matching symbols.

Stardust Collection – a bubble that is shaped like a star will float onto the reels from time to time which will then be popped by Lyra. The value of between 2-10 will then be added to the total in the corner of the screen. When it reaches 100, the Lyra Spirit bonus kicks in and Lyra will turn into a wolf. Players will then select one of three tracks for her to run across, avoiding rocks put in the way by Erion as you go alongside.

If you make it through seven levels, all the while picking up gems and avoiding losing your three lives, you could have a 20x multiplier added to your prize.

Our Astro Legends: Lyra and Erion slot game review has come to an end and we have to say that while this is a crazy slot, it’s also a lot of fun. The potential winnings are high, the bonus features are different and the gameplay is so alternative that you just have to try it out.