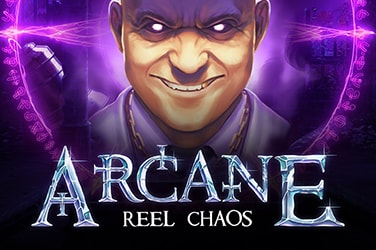 There’s always a degree of intrigue behind a slot that is able to create both a layer of mystery and an element of madness in equal measure – and we’re going to see if NetEnt has pulled that off in our Arcane Reel Chaos slot game review.

Four superheroes go in pursuit of justice here to prevent the frightening Deep Pockets from reigning supreme. The reel layout is nice and simple at 5×3 with the backdrop being eerie enough to leave us wanting more, and from there, we get a whole host of themed symbols. This includes Flare, Chronos, Zero.x and Psyop, oh, and that insanely evil guy Deep Pockets.

The return to player (RTP) percentage is a figure that needs to be taken seriously if only because there’s a chance it could open up your eyes to the financial possibilities lying beneath the surface in a slot. The same is probably true in our Arcane Reel Chaos slot game review with the RTP being a really impressive 96.81%. Between that and the steady medium volatility, there are plenty of reasons to be excited.

From a minimum stake of $€£0.20 to a maximum of $€£20 there are options here, but they aren’t endless. What is pretty thrilling, though, is the fact that winning 10,000x your stake is on the cards – if you’re lucky enough.

Visually speaking we love how crisp and effective the theming is in this game because it really gets you thinking. We want to know more about the characters, about the story and about pretty much everything else.

The big gold W is the wild here and can replace all other symbols outside of the talisman scatter symbol.

Free Spins – you can land this by securing three of the talisman scatters anywhere on the 1st, 3rd and 5th reels, with the heroes all attempting to defeat Deep Pockets towards the right of the board.

There are four stages to trying to beat him and on every one, the multiplier increases by 1x – and if you win all four, that’ll go up to 10x.

Psyop’s Stacked Wilds – this occurs randomly with stacked wilds being placed on two or three of the reels.

Flare’s Multiplier – you’ll unlock this with a random win as multipliers of between 3x and 5x are added to the victory in question.

Chronos’ Respin – on a random non-winning spin, this feature is triggered with the reels respinning until you manage to land a winning combination.

Zero.x’s Overlay Wilds – at any random point, three to five extra wilds are added to the reels.

The Arcane Reel Chaos slot game review is at an end and our conclusion is a simple one: we really love this slot.

It’s thoughtful, it’s in-depth and boy oh boy is there a lot to get through. From the high potential winnings to the bonus features it hits the mark in so many ways with one of our favourite overall slots we’ve seen in a long time.