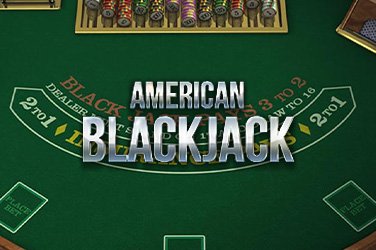 Blackjack is one of the classic card-playing casino games to have ever been created, with gamers from all around the world enjoying it, but now you can too with this American Blackjack game from Betsoft!

Betsoft is known for providing us with many interesting slot game titles that combine excellent storylines and graphics. Now, whilst American Blackjack hardly needs a story, the developer has ensured they have provided us with impeccably detailed graphics.

Immediately, we feel as though we are at a casino table when we load this game, as we are provided with a traditional blackjack table designed with a luscious green fabric and a brown-stiched trimming.

There is not much else to report on, but it certainly helps bring the game to life!

Players will notice that American Blackjack will allow players to play 3 hands simultaneously, as there are three positions where cards can be dealt. Naturally, there is not much else to talk about regarding the gameplay element.

It is simple, the graphics and the animations are nice, but there are no surprises, and it can be considered no-frills.

Those that have played casino games in the style of video games may already know that it can be difficult to find too many bonus features. However, it could be argued that there are positive bonuses with this American Blackjack title from Betsoft.

We would stress that the simplistic gameplay experience and the fact that there are no-frills when being played is a strong plus. This simplicity allows gamers to focus on the hands that they have been dealt without distraction.

The game’s design and the visuals/animations are also considered a huge plus. These make the game as immersive as possible, and it is easy to argue that the level of detail used here makes this title much better than some other similar titles available to enjoy.

One American Blackjack bonus feature, though, could be that numerous different bets are possible to use once certain hands have been dealt. Players can look to split their hands, use insurance, or even look to double if they feel confident enough to do so.

American Blackjack is a fun game from Betsoft that will provide casino enthusiasts with a simple experience playing one of the all-time classics. The detail used by the developer is incredible. It is one of the major features of this title, with bettors instantly feeling like they are playing at a traditional casino! Whilst there is not too much gameplay, the fact that it is simple to enjoy is a huge plus!

If you like the American Blackjack game, why not try Vegas Strip Blackjack or Atlantic City Blackjack?