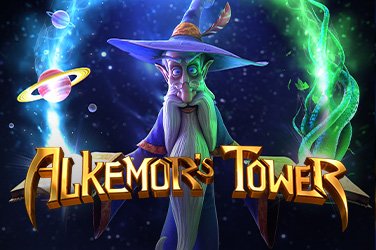 In this Alkemors Towers Slot Game Review, we will look to provide readers and potential players with the following basic information; how the game is played, what the RTP rate is, and if the Alkemors Towers Bonuses (which include the elemental symbols and two free spin floors) make the game both likely to return some good winnings, and if it is enjoyable to play.

Alkemors Towers is one of the latest online slots brought to us by Betsoft, who have been one of the top games producers for a while now. Like many of their previous slots, this one has been well designed, to be both attractive to look at (the symbols and background especially stand out here) as well as be fun and easy to play.

As with many similar online slots, the game is set out in a 5×3 grid. Where the game stands out is with its paylines, as there are a staggering 243 on offer here.

Players will need to select the coin size at the beginning of each round. The minimum, for those rookie slot gamers amongst you, starts at $/€/£0.30 per spin, and goes up to $/€/£150 as a maximum. There is also a max bet function, if you’re feeling particularly adventurous!

As this slot game is set in a Wizard’s tower (Alkemor himself) a lot of the symbols are also things you’d expect in such a theme. Each symbol has its own unique value, and the aim is to match between three and five of the same symbol on the same spin.

The lower valued symbols are the scales, scrolls and mushrooms. From there, the bag of gems, the rings and the coins are worth slightly more, with the most valuable symbol being the Alkemor himself. Landing three of him leads to a payout of 375 coins, four is worth 875 coins, while landing all five is worth an impressive 1,750 coins.

Now to the main attraction of this Alkemors Towers Slot Game Review, the part where we discuss the bonus features. Betsoft have included several here for players to enjoy.

There are also two free spin floors, Celestial and Nature, which will take players to a separate screen. Here, you will get 10, 12 or 15 free spins, depending on how many of the elemental symbols you landed. So there are plenty of bonuses here for players to enjoy!

The RTP rate is 94.96%, so slightly lower than other similar online slots.

We can confidently say Betsoft have given us another very enjoyable slot game. The background, symbols and characters all look great, and the Alkemors Towers Bonuses are unique and enjoyable, and can lead to some impressive winnings.