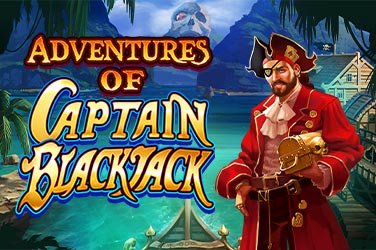 There’s worse islands to be marooned on, as you will find out in this pirate-themed slot from triple Edge Studios with Microgaming’s popular HyperHold feature. There is a nice selection of classic bonus features to play with here bringing a lot of opportunity and an exciting Mega Jackpot available that returns 3,333x the stake.

So set sail for Doubloon Island and get some treasure!

Behind the reels of this pirate slot is a beautiful tropical island scene with bright foliage growing either side of the reels and a crystal-clear ocean can be seen that spreads into the distance. Carious palm trees protrude over the beach to the right as vines and branches dangle from above the play screen, what looks like a stone skull stands directly behind the reels. A ship is positioned tot eh top-left complete with 6 sails and what we must assume is the flag of the jolly roger flying from its mast. The play grid itself is designed on parchment, what could be a treasure map.

The lower value symbols used here are the heart, diamond, club and spade card symbols rather than the usual 10 – A suits that re normally used. Larger returns come form the cutlass, parrot, pirate and the ship’s captain with eh latter returning up to 20x the stake. There is also a Wild symbol of a female pirate and a treasure chest Scatter.

The Wild symbol can be used to substitute for any other main game symbol to compete winning combinations, they can appear up to 3 symbols high. If players receive a 3, 4 or 5 Wilds combo the retusn are 2x, 10x or 50s the stake.

Landing 3, 4 or 5 Scatters will trigger the free spins in Adventures of Doubloon Island, they also return 2x, 15x or 100x the stake instantly. Players can receive 10, 15 or 20 free spins which are used with all of the lower value symbols removed, better still this c nabe retriggered by landing a further 3, 4 or 5 Scatters.

Another 2 symbols for players to watch out for is the golden coin and skull, 6 or more of these activate the HyperHold feature, you are rewarded 3 spins with only blanks and HyperHold symbols. Every jackpot or HyperHold that lands during this feature resets the 3 spins with the feature ending when all spaces of the grid are filles or the respins are used up. All of the coin symbols come with a cash value that are added and paid out at the end of the round, landing skull symbols during this feature awards a Mini, Minor or Major Jackpot. Filling all of the reels with coins and skulls triggers the Mega Jackpot that pays out 2,000x the stake.

This pirate-themed slot is extremely fun and interesting with rewarding features, the background visuals are beautiful and the symbols are well designed. The HyperHold feature always proves a popular addition to any slot so players can be sure to appreciate this bonus feature. If you’re looking for a new slot then you’ve found treasure here.

Our slots page is full of more games including Diamond Mine and Enchanted prince.