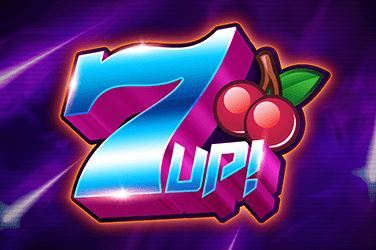 The world of slots is an often confusing and unpredictable place but in so many ways, that’s one of reasons why people gravitate towards it – for better or worse.

Today, we’re going to provide our 7Up! slot game review for Gamevy’s wacky product that goes outside the spectrum of what we’ve previously come to know about slots.

The line between online slot and scratch cards has been blurred for the purposes of this one and that becomes evident from the minute you open it up. There are seven paylines, each with three slots, and each with valuations at the end of them. If you land three matching symbols on the line, then you’re off to the races.

Working out the RTP for something like this tends to be a bit more difficult given how niche the gameplay actually is, and the end result is so often ignored or pushed to one side. Alas, we aren’t going to do that in the 7Up! slot game review, which is why we’re happy to reveal the reported RTP as being 92.09%. That’s obviously way below the industry average but with something as unpredictable as this, it’s to be expected.

Pokie fans are able to put down a minimum stake of $€£0.02 before working their way up to a conservative maximum of $€£10 – if they’re feeling daring. From there, winning up to $€£10,000 coins is a distinct possibility.

The entire visual appeal of this stems from the fact that it feels like a game show and we do quite like that element of the slot. 7Up! isn’t exactly going to reinvent the wheel but the colour scheme is nice and the gameplay is fairly smooth.

Use the + and – to decide how much of a stake you want to put down, press the Play button and watch the chaos unfold. Between that and the Turbo button which helps to speed up the process, you’ve pretty much had your crash course on everything this game has to offer.

There are no major bonus features to be spoken of and to be perfectly honest, we don’t think there needs to be. There’s a very clear direction of travel they attempt to head in with how simple it is and sticking with that idea feels like a smart choice.

This 7Up! slot game review is going to have a conclusion as simple as the subject matter it’s covering: this slot is decent. There’s nothing that stretches above and beyond the call of duty, but we also really enjoy the nostalgic elements that blend together two really enjoyable aspects of slots and general betting fun.

It’s important to understand that there are more complex options out there to be enjoyed but if you’re searching for something quick and easy, Gamevy has you covered.