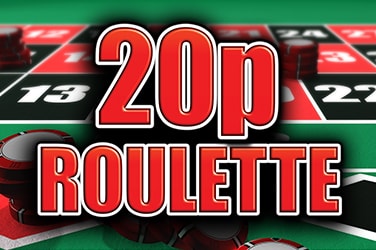 You may not be surprised to hear that Inspired Gaming has taken Roulette and made it much more generous, but here we are in that reality! This game is perfect for fans of classic Roulette or people in the running to experience an entirely new game developer’s content.

Prepare yourself to feel a high level of excitement and potentially see some big rewards as you patiently await the outcome of each roulette wheel spin.

As mentioned, the game is produced and released by Inspired Gaming and comes as an addition to their growing table game collection. The game offers a very low minimum bet, which is excellent for many players who do not have the funds to be wagering $1 to $5 on each spin. The game was released in 2015 and played like any other roulette game. Players need to choose which number they think the wheel will land on, or if single number betting is not your style, you can wager on more possible things like the colour of the number or whether it will be Even or Odd.

There are 37 possible numbers in the game, from 0 to 36 (including 0 as a bettable option). The potential main reason for the popularity of 20p Roulette is how cheap the game is, only asking for a 20p minimum compared to some other roulette games’ minimum bet requirements. You can place multiple bets in this game, ranging from a single number bet through the ranks until reaching the ‘outside’ bets that are almost a 50% chance of occurring. Of course, the more unlikely a bet is to land, the higher the payout value is on that bet.

The design of a roulette game is quite simple. The biggest thing to pay attention to is the wheel itself, on which you can see 37 numbered and coloured segments, some Red, some Black and one Green. Then, turn your attention to the Betting Mat, and you will see the other important part of the game. The betting mat is the part that you interact with, and you will see that there are all of the numbered slots as your other betting options. You will see options like Odd, Even, 1-18, 19-36, a red diamond, a black diamond, and columns.

One of the best features included in this game is the Turbo Spin feature, which is very beneficial to those players who want to cut down the playtime between each spin. Typically, a spin on the wheel can take a few seconds, but you can instantly see if your bets were winners or losers with the Turbo Spin feature. The feature cuts down a lot of the hassle between rounds and makes the entire gameplay smoother.

If you’re interested in other roulette games some of our personal favourites include:

Outside of the fact that the game is very cheap to get involved in, the game’s simplicity makes it such an enjoyable experience regardless of your level of experience in the Roulette space. Try out 20p Roulette today at Casino NZ and see what all the fuss is about with this game!